The best food in Korea: from Kimchi to Bibimbap 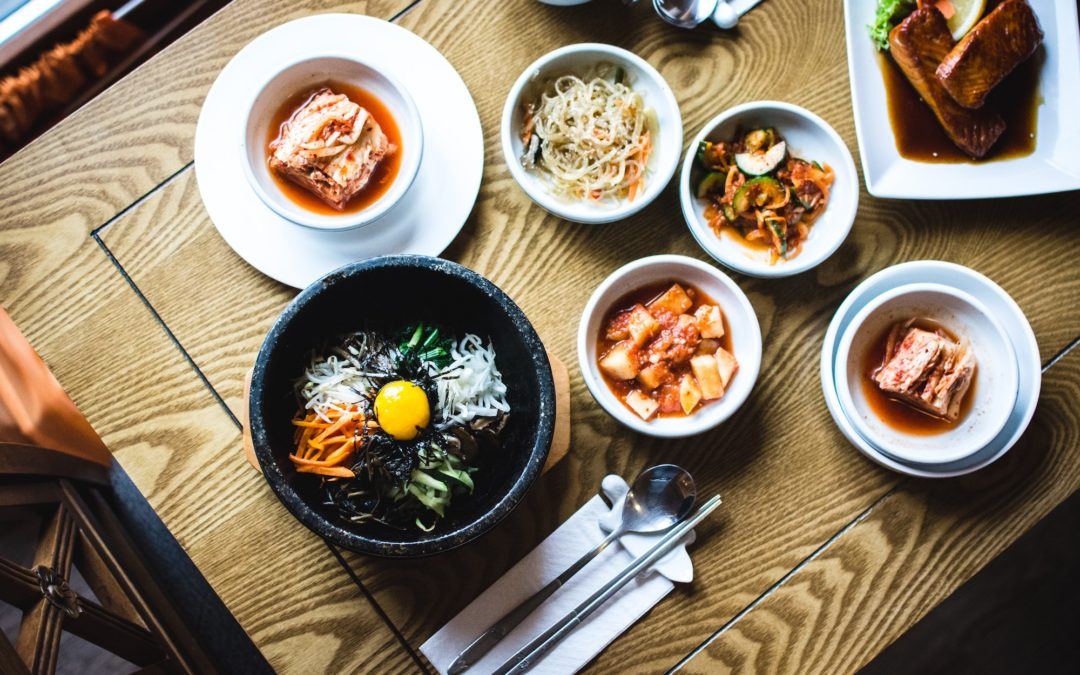 Korea has its own unique cuisines and the world is slowly starting to realise all the delicious food available. From fried chicken to barbeque, there are a few dishes you may not have thought of as Korean. A lot of Korean food centres around sharing and bringing people together making it the perfect way to make friends as you travel this amazing country. Let’s see together what’s the best food in Korea.

Korean BBQ, unlike western BBQ, is done inside. Each table has a small central grill and you are brought a range of sliced meats to put on the grill to eat throughout the evening. You then take the meat and wrap it in a leaf with a range of toppings and sides. This means you can eat as much or as little as you like and can change the flavour to suit your own tastes.

Now this might seem like an odd one given that to many people in the US or the UK it may seem like more of an American or British thing but all over Asia, different countries are putting their twist on this tasty dish. Korean fried chicken is particularly excellent because of the sauces used and the way it’s fried. It’s lighter to start with and then the different types of sauces are added ranging from the spicy yangnyeom to the soy-based ganjang.

A great dish for warming your soul. This bowl of mixed ingredients on top of a serving of white rice is served in a hot stone bowl. The ingredients on top typically include various chopped vegetables, strips of meat and a raw egg. Be careful with the bowl when you’re served it and then stir up all the ingredients as much as you like. If you leave a layer of rice at the bottom it crisps up and is an extra tasty treat to the end of the meal.

The drink of choice for many Koreans. Traditionally a distilled clear alcohol made from rice, it can also be made by other starchy foods such as wheat, barley or potatoes. It is a very strong drink though so try not to drink too much as you’ll certainly not be able to keep up with the locals that are used to drinking this more than you.

Of course, no list of Korean food would be complete without Kimchi being on there. While more of an accompaniment to a meal, Kimchi has a tradition surrounding it that dates back hundreds of years. For example, did you know that there is one day a year when many families make up their batches of kimchi for the years ahead? For those of you not familiar with it, Kimchi is a fermented spicy dish made from a variety of vegetables typically including cabbage and radish. There is actually a huge range of types of Kimchi and it can vary from region to region in terms of content and spice.

Buchimgae is a Korean pancake. Similar to most pancakes you may be familiar with, flour and egg are the main ingredients but unlike most others, Buchimgae is most commonly a savoury dish. Common ingredients incorporated into these pancakes can include courgettes, spring onions and of course kimchi. You can also get a range of meat and seafood ones as well.

Of course, there are plenty more delicious Korean dishes to try and unlike many other countries, there are many traditional dishes that are uniquely Korean. Ready to try some of the best food in Korea by yourself? Then check our Study Trips in Seoul and Busan!