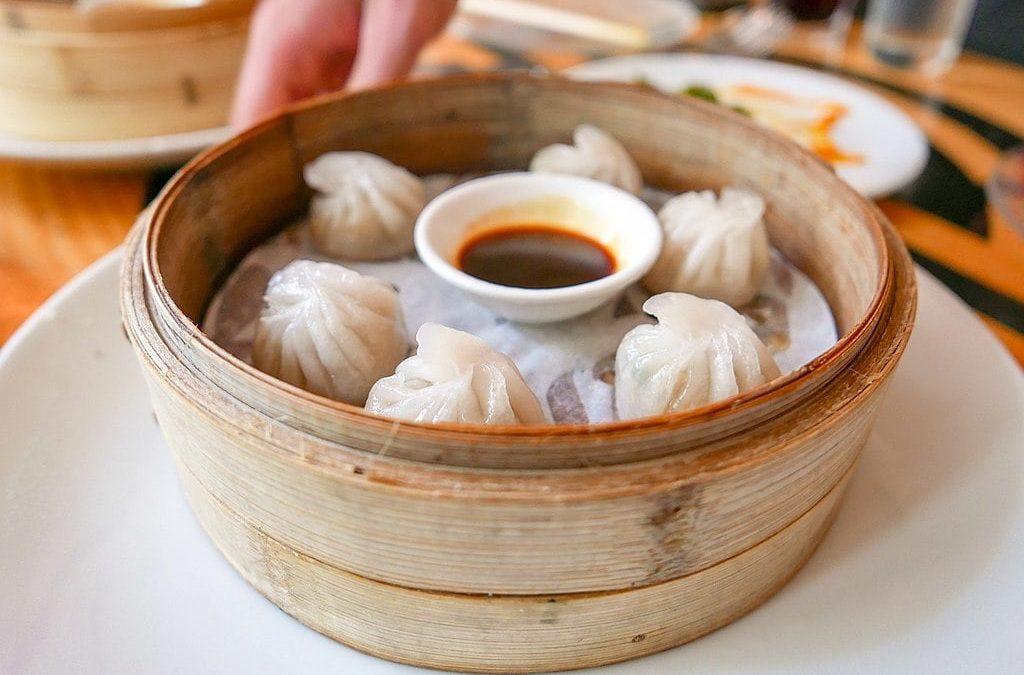 Taiwan is well known for having delicious food that offers its own twist on some of our favourites in Asian cuisine. Many are so popular that they’ve made it around the world but you might not always realise they’re from Taiwan. We’ve put together a list of our favourites so that you don’t miss out when you’re over there studying.

These dumplings are so delicious that there’s one restaurant chain in particular that has opened up restaurants around the world. They are a type of steamed soup dumpling made in bamboo steamers. They are served very hot and you must be careful when you eat them. We’d recommend asking a Taiwanese person to show you how to eat them properly before tucking in. Traditionally they contain pork and aspic but as they become more and more popular there are different flavours and types of meat and seafood available.

Another one that’s so popular it’s made it around the world. This tea is one that comes in a variety of flavours but has small bubbles of tapioca at the bottom with a variety of flavours available you’ll likely find something you like but it can be a little unusual as you pop the bubbles.

Not as bad as it sounds. A common treat found on street and night markets, it’s a type of fermented tofu that is soaked for sometimes months in a brine made up of a range of things. It can be eaten cold, steamed, stewed or deep-fried and as you might expect, it does have a strong odour. It’s often served with sauce and some pickled vegetables.

For some, this is considered the Taiwanese national dish and every year in Taipei they hold the annual beef noodle festival. Chefs and restaurants compete for the title of the best beef noodles in Taiwan. There are a variety of different types, the most common being the soy-based but there are also tomato, garlic, and even herbal medicine based ones.

This one’s pretty straight forward. It’s a sweet cake made with pineapple slices. As one of the largest exporters of pineapples in the world, it seems appropriate that one of the major delights of Taiwanese food is this cake. It has also become known for good luck and is often given as a well-wishing gift as the word for pineapple sounds similar to a phrase meaning ‘to come forth prosperous and thriving’.

This is yet another popular dish that has been exported around the world. The English name is a bit of a falsehood as the main contents of the Gua Bao is normally pork belly and not ham. It is sat within a folded steamed bun that is known as lotus leaf bread. It is a popular snack or side dish to other rich foods.

Whatever your taste, we’re sure you’ll find something to your liking particularly given that so many of these traditional Taiwanese dishes have made there way around the world and become just as popular in other countries. There’s nothing quite like the original though so why not head over to Taiwan to try them first hand.