Otaku culture – so much more than Manga 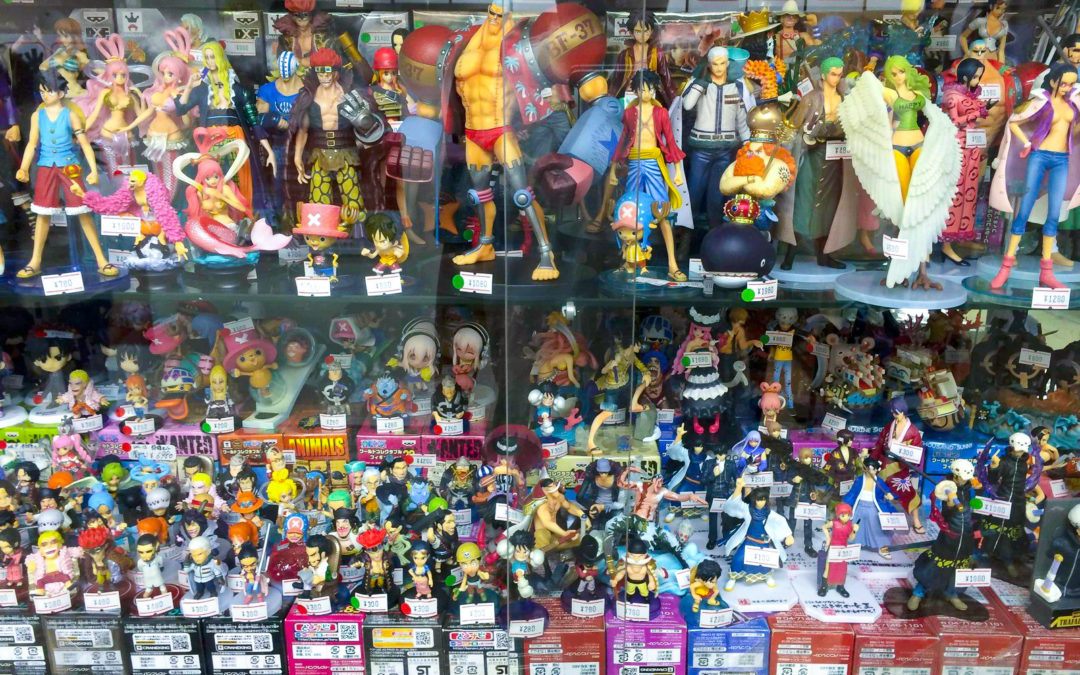 If you’re a Japanophile or maybe you’re just into manga or anime, you may be familiar with Japanese otaku culture. It can have a bit of a bad rep but it covers a lot of things and there’s a lot in Japan, and in particular Tokyo, that caters to otaku culture.

The term itself originated in the 1980s and for a while has had a relatively negative association with reclusive nerds, things are drastically turning around and we’re pleased to say it’s got a much better reputation these days. It derives from お宅 meaning another house but today it has become a word in its own right and is synonymous with anime and manga fans.

So what is an otaku, it’s not just those into anime and manga but also people who might be interested in trains or computers, enjoy cosplay or vocaloids. It covers a huge range of things and each of these areas have such diverse subsections themselves that a lot of people identify as otaku these days. Because of this Japan has a lot of places tailored to the interests of otaku so let’s look at our favourite otaku spots and activities:

This amazing hub of technology, arcades and model shops is a must. The neon signs will guide you around and whatever your type of otaku, there’s something for you. As perceptions change and otaku culture expand somewhat, there are also themed cafes, maid cafes and animal cafes all around. The best parts are the 8 story arcades with every type of game you could ever want to play, be careful though, it’s easy to lose a day and a lot of money on the games.

If you are interested in figurines and want to add to your collection of manga characters then Nakano Broadway is the place for you. The shops there tend to be a bit cheaper than in Akihabara and you might be able to bag yourself a second-hand treat on the four levels of shopping. It’s not just figurines though, you can get second-hand manga, video games, idol paraphernalia and plenty of souvenirs.

Odaiba is another great otaku haunt and has a lot of other sections to explore too. Most famously, there’s the giant mobile Gundam suit in the courtyard of the large shopping centre. It moves and has a regular light and sound show to bring a favourite anime to life but there are plenty of cool shops, an amazing food court and even a small version of the statue of liberty (we’re not sure why this one’s there).

Karaoke is more than just singing your favourite J-Pop tunes. For fans of anime, there are often many theme tunes available to sing along too and it’s a lot different to western-style karaoke so you can really get stuck into your favourite songs. You normally get a private booth with just your friends were you can line up your best tunes and order food and drinks to your room.

So quite a few of these are Tokyo centric but there are also a lot of spots around the country that will suit the otaku in you. Kita-Kyushu actually has a manga museum and many of the sculptures at the Snow Festival in Sapporo are based on well-known manga and anime characters. As otaku culture expands and times change, more technological experiences are coming into the otaku domain. For example, VR and AR experiences are becoming more prevalent and there are even VR games sites where you can get properly lost in other worlds. So why not embrace your inner otaku and explore the treasures that Japan has to offer.